The idea for this project came from a post by Akshat on the Maker’s Asylum Facebook group.

Inspired by the post and with the encouragement of the guys on the group, I took it upon myself to build a miniature version of the cabin.

I began by scrounging for materials at the Asylum. I found 2 small plywood sheets, which were 3mm thick – perfect for what I had in mind. 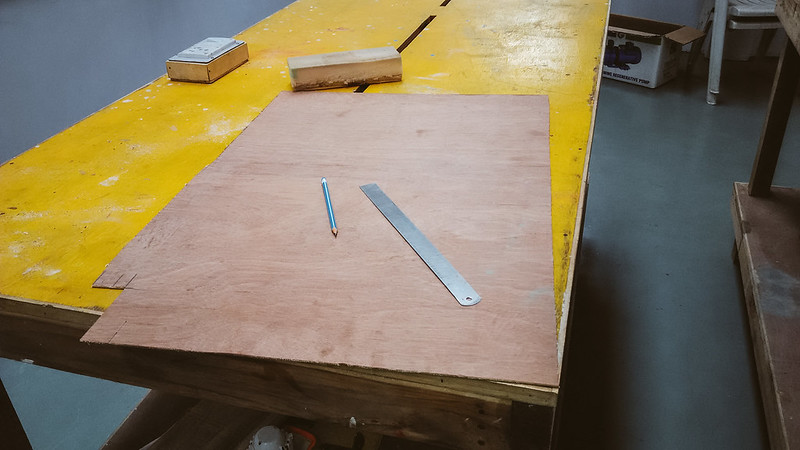 I then measured and marked the lines needed for cutting. 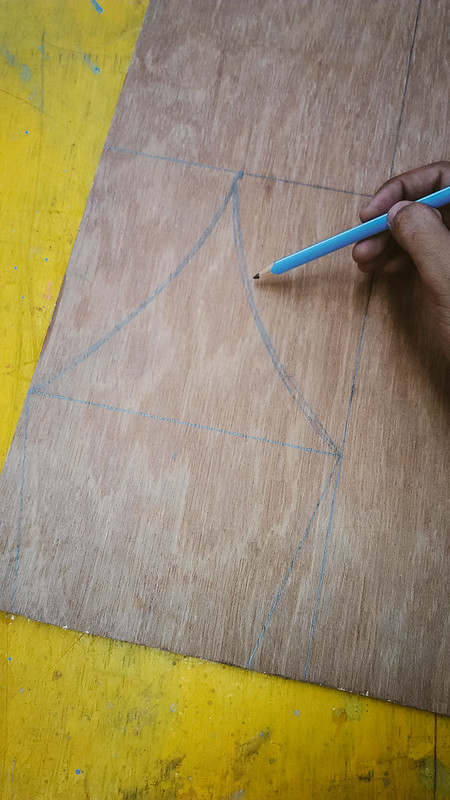 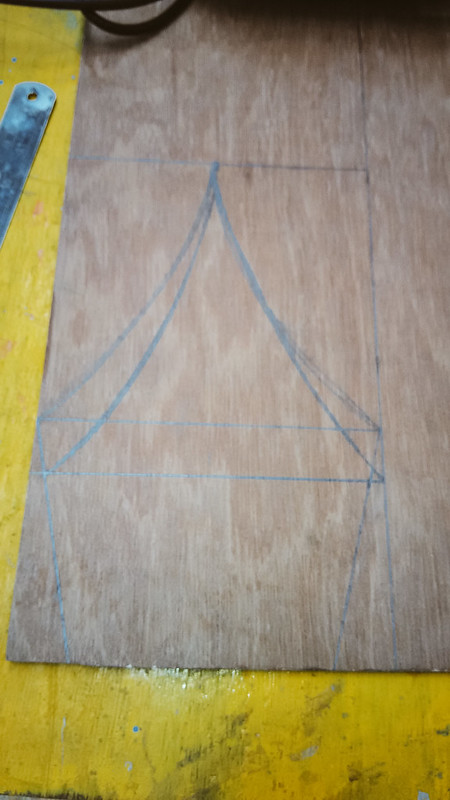 Using the jigsaw, I traced the lines I had made earlier to get a precise cut. It’s really helpful to mark your lines before you begin with the jigsaw, it ensures not just ease in cutting, but guarantees a precise cut. 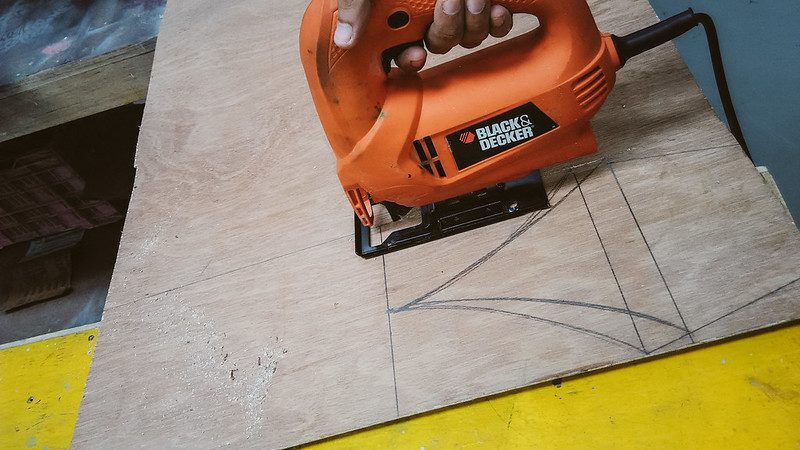 The front and back panels of the cabin were to be of the same dimension, so I cut out two identical shapes out of the plywood. It took a bit of finesse as the shape I intended to cut was curvy and tapering. 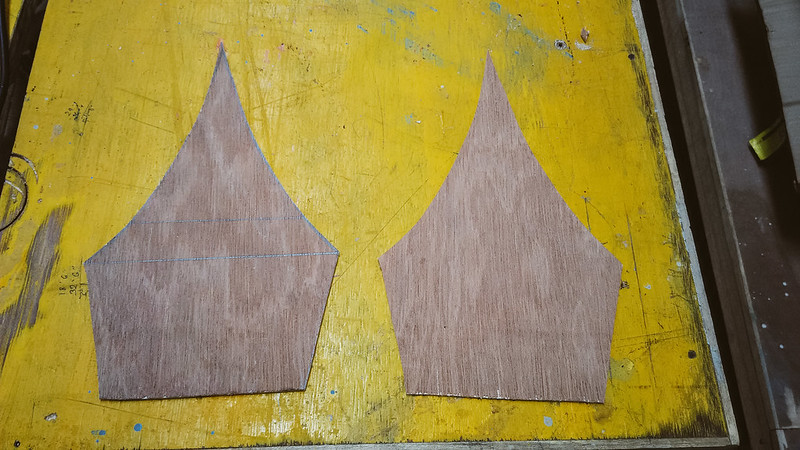 The side walls were easier to cut since they were a simple rectangular shape. 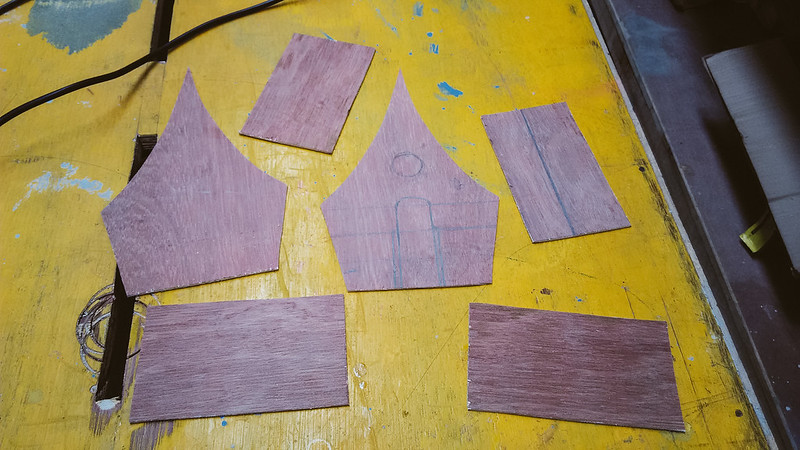 The plywood I had available was too thin to be nailed together. Rather I chose to use a quick bond solution to join the pieces together. 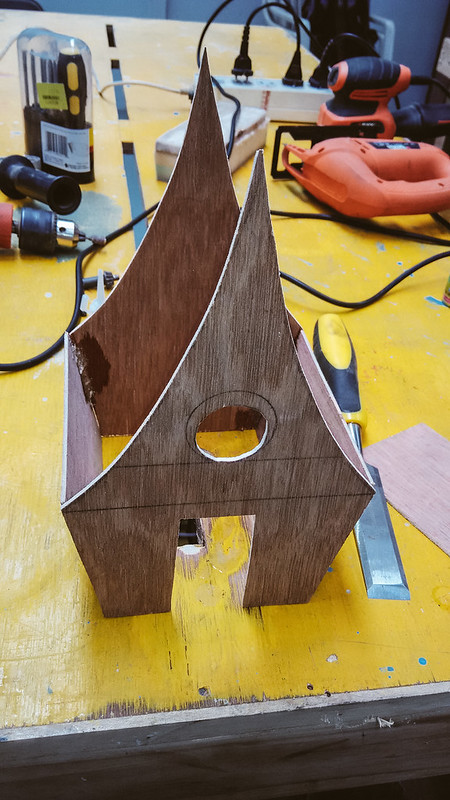 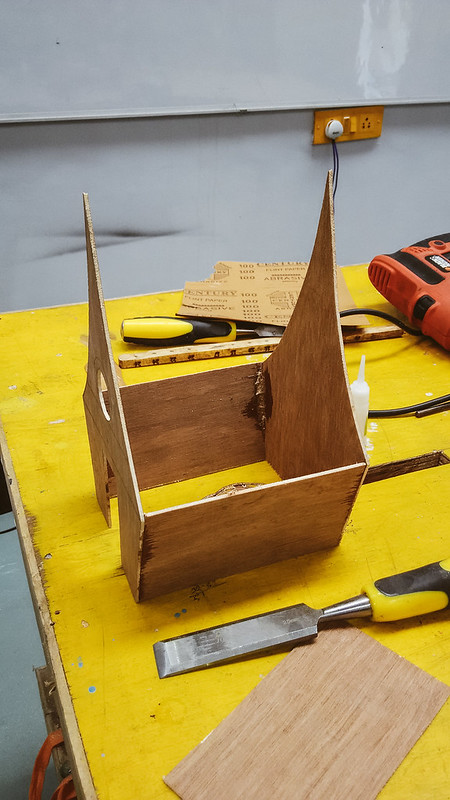 For the door of the cabin, I chose to use strips glued together instead of a solid piece of wood. I began by making lines for the strips. 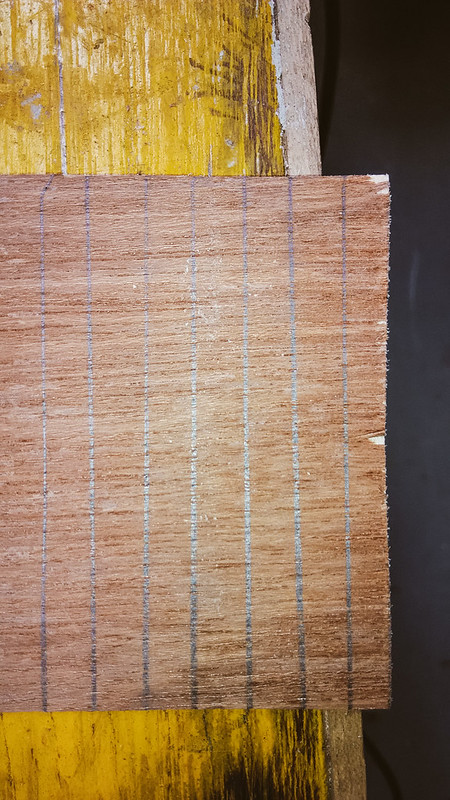 I then cut out those strips using the jigsaw. 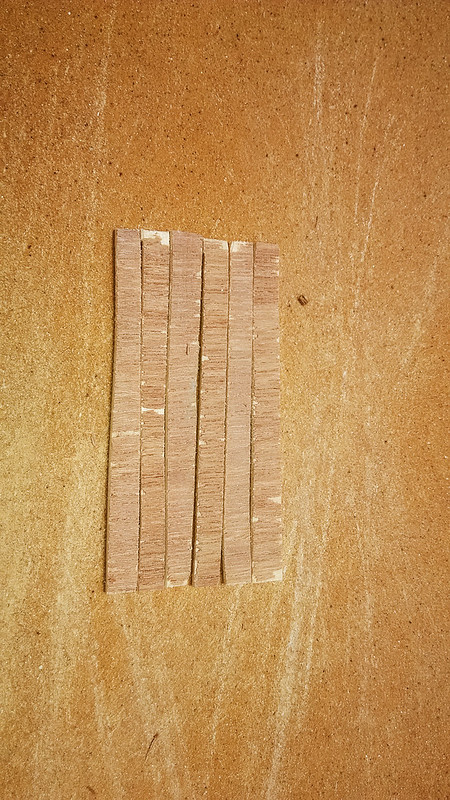 And voila! Our cabin now had a door. 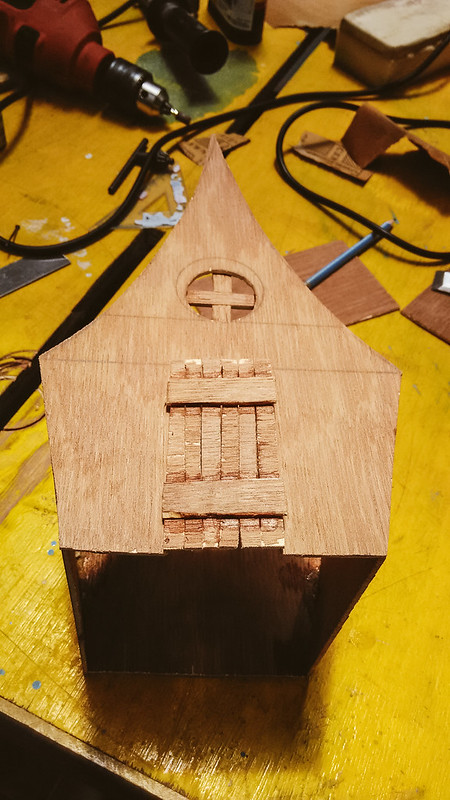 To make the door be able to open, I used a piece of thick paper as a hinge, and attached it to the rest of the structure. 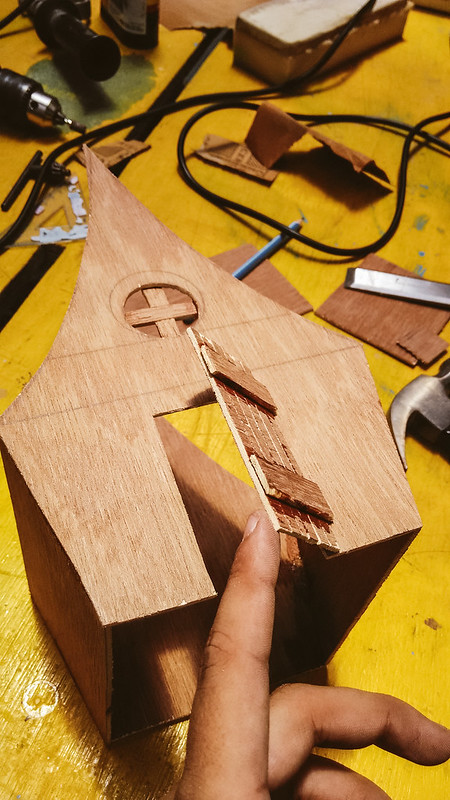 For the roof, I chose to go with strips again, joining them with a quick bond solution. 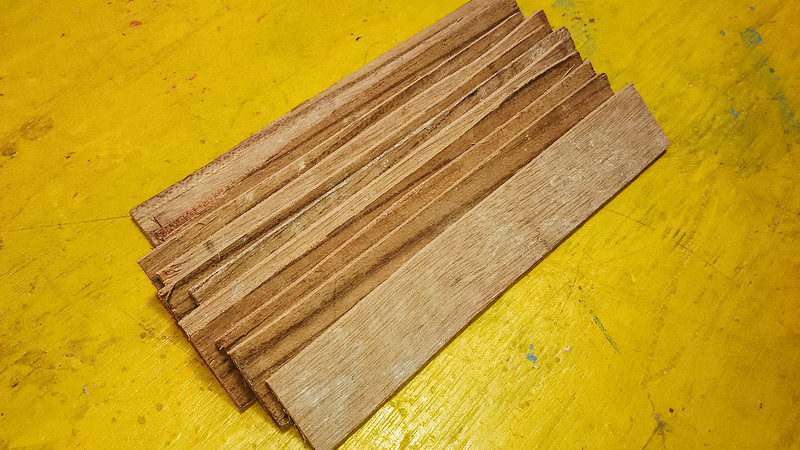 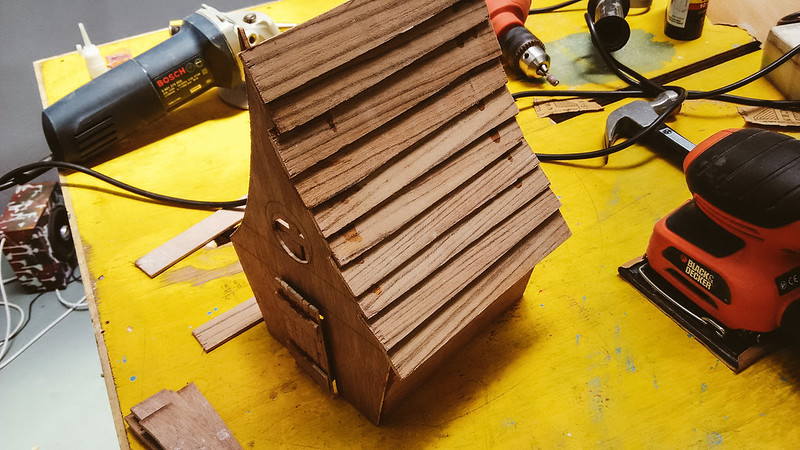 And just like that, we had a cool little wooden cabin ready. 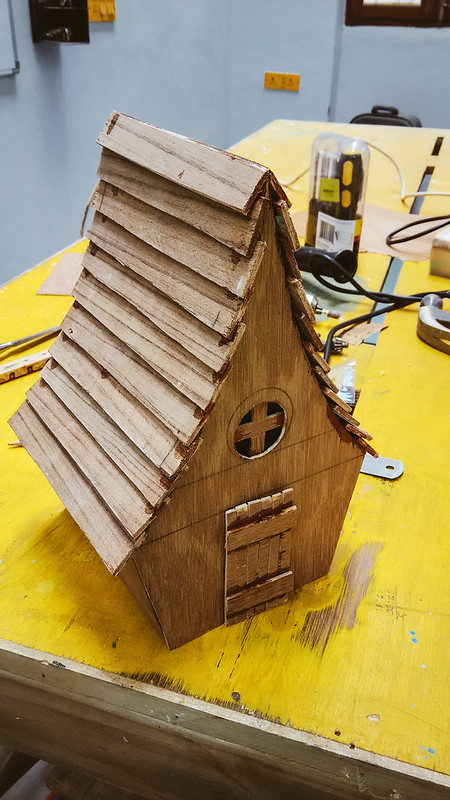 A coat of clear varnish .. 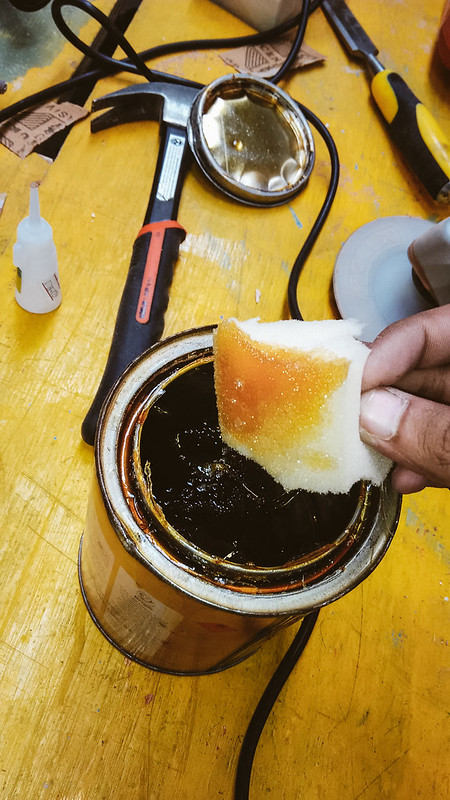 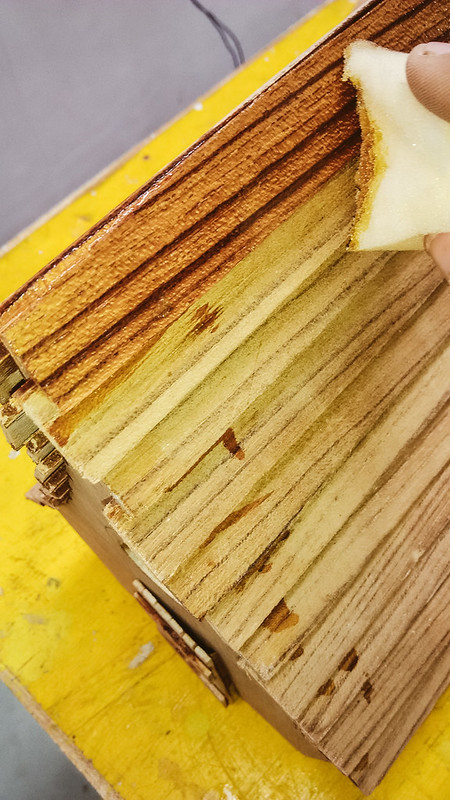 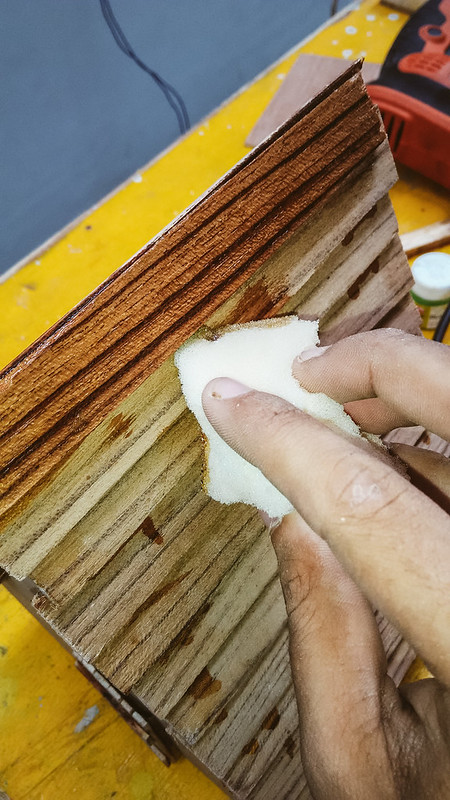 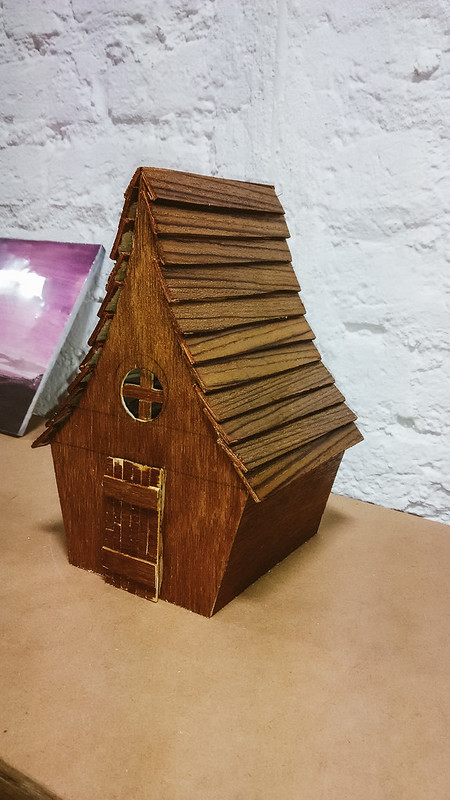 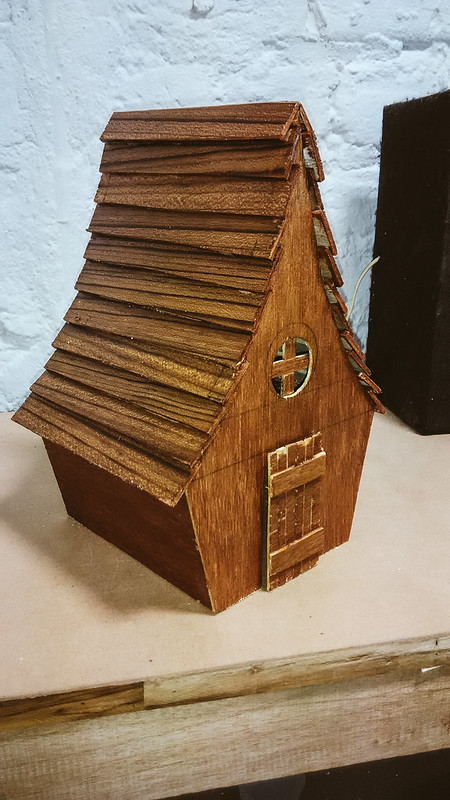 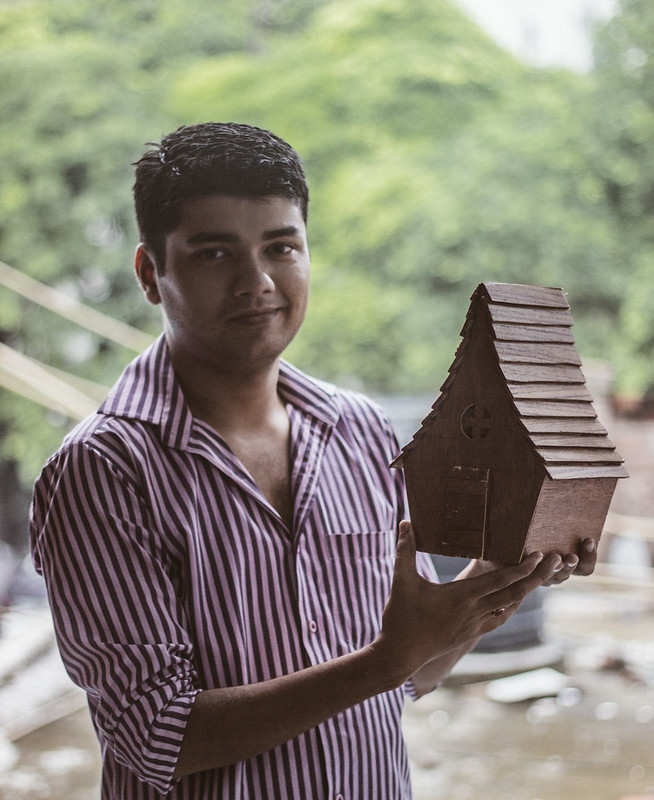