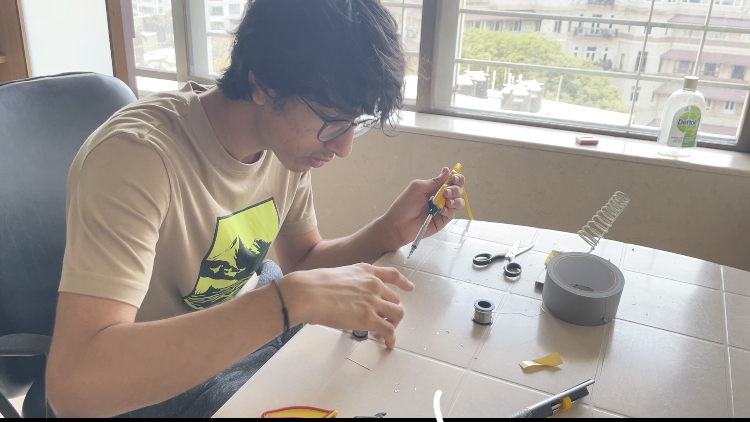 Every morning, I see his wife guiding him on a walk, whispering in his ear when my sister and I were around to say ‘hello.’ It constantly nagged me that Mr. Didwania had to be told who he was about to meet.

Hence, it spurred me to brainstorm some device to assist him and wear that on his walks. Upon discussing this with him, I realized that such a  device would greatly benefit him and his wife during social outings.

Henceforth, I formulated the problem statement for this project:

“To design a device to enable people who are blind to recognize who is around them without having them to ask many questions or having someone else describe their surroundings every time.”

The basic idea is a cap with a Raspberry Pi (RPI) 3B+ computer attached to it and a Raspberry Pi Camera at the front, Powered by a generic ‘powerbank’ in the user’s pocket.

The RPI would run a code in Python, which after recognizing a face from a database, would play a pre-recorded audio file with the associated name. Henceforth, I named it ‘EyeDentify.’

Working of the Device: