After a long long day, I’ve woken up at 5, nervous I guess, I sit to type out my joy.
And what a joy the day has brought me. If you’re regular on the group then you’ll know that I’m taking a carpentry class, or is it giving a class on carpentry.

Initially when I called the class I didn’t think I would get anyone as zany as I. Who in their right mind would want to learn carpentry, when there are easier things like electronics, or more exciting things like knitting?
Well there are lots of people out there, some cooler than me, but most just like me. I met 8 of them today. Their reasons for wanting to learn wood working are the same as mine.

They came to the Asylum promptly at 10, some a little later (Yes Mrinal, I’m pointing at you) and listened to me talk about one of my passions over the last 7 years.
I led them through

Hands on quickly followed and the plan was to make 4 mallets which we could use in the coming sessions.
With the limited time we had on the first day, I decided to simply cut up the pieces and then continue in the next class. 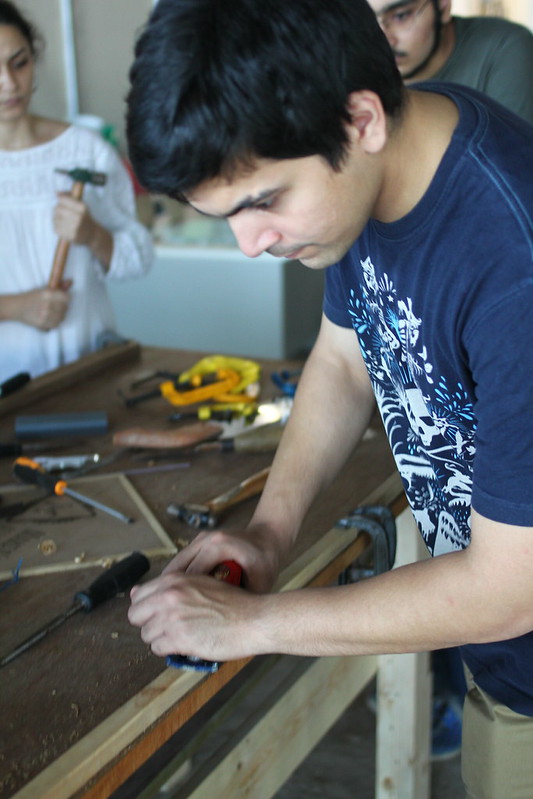 By 1:30 we were all done and hungry as we were, there was a fairly large amount of joy when someone from the asylum told us we could continue to 4:30.

A quick lunch later and we were back at the workbench.

They quickly got a hang of how to measure, mark out and cut lengths of wood and 8 “cheeks” were quickly cut up. Followed by the handles.

Handles were marked onto the cheeks and each participant cut out a slot for the handle by sawing on the line down to the marked depth and then chiseling out the waste.
We then glued up the mallet by sandwiching the handle between the cheeks.

I was amazed to see that the fit of most mallets was so perfect, that we had to use the clamps to bring the cheeks together.

So here we are 6 hours from the start of the day and 4 mallets richer. But most importantly we have learned the basics which we will need to repeat a number of times while making the laptop table. 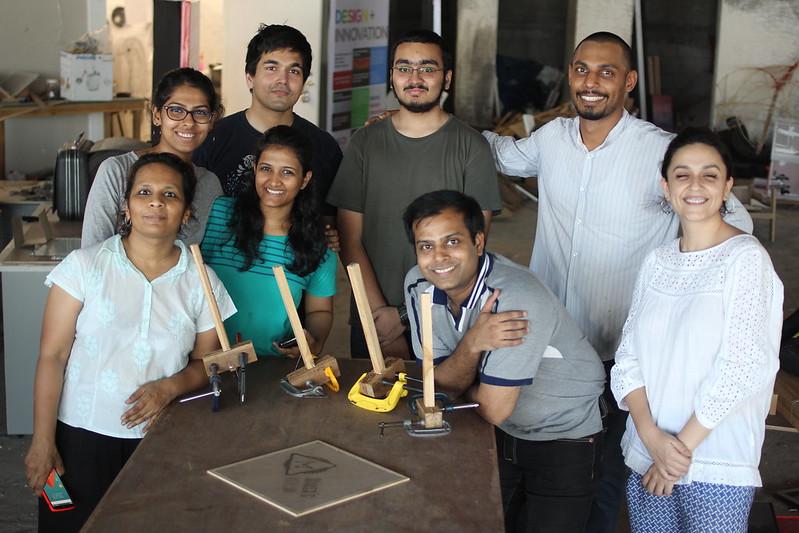 Next session will be understanding drawing, measurements, laying out of the joints and cutting out the joints.
I believe very strongly that the raw laptop table will be done by the end of the second day.