Making a Bench out of Scrap Wood

One of the key tools at any workshop is the Laser Cutter, so needless to say we were excited when ours was delivered to us at the Delhi Asylum a couple days after our launch. Like any industrial product it came packaged in a wooden crate to ensure safety in transit. At the time we put away the crate into our junk area, excited as we were about the laser cutter.

A few days later however, on seeing the crate getting drenched in the rain, an idea popped up in my head – an idea that looked like a bench. Convinced that it needed to be done with as little usage of resources as possible, I decided to give it a shot.

With the wood in place, and the tools available at the Asylum, it seemed a simple enough build. But there were a few small details that needed to be sorted out first. So I spent about 20 minutes selecting the perfect planks needed for the build.

I wanted to keep it simple, so I cut up the planks into equal lengths and used plywood as a base upon which to fix them. 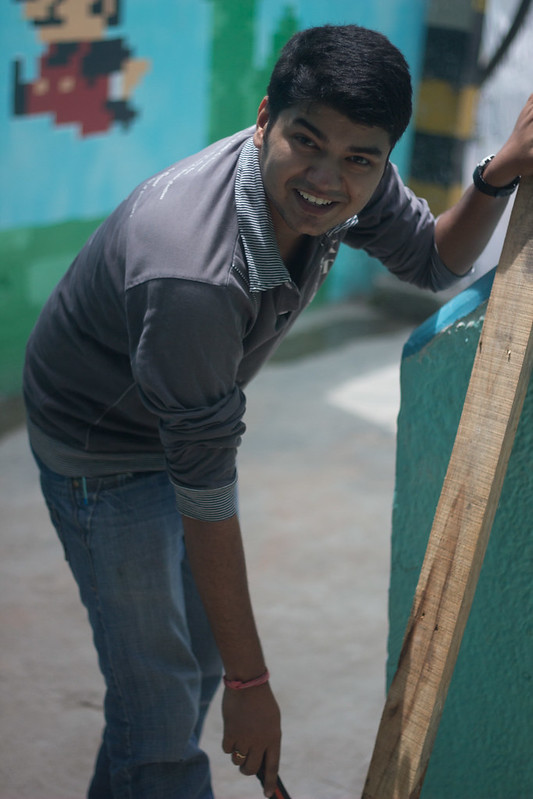 Fixing the planks onto the plywood

Initially my idea was to nail the planks directly on to the plywood but the plywood that I found in our scrap area wasn’t thick enough to be penetrated by 3mm nails. Had I tried to hammer in the nails, it would have damaged the plywood.

Instead of nailing the planks on to the plywood, I strengthened the plywood with small wooden columns. This effectively increased the thickness of the plywood. 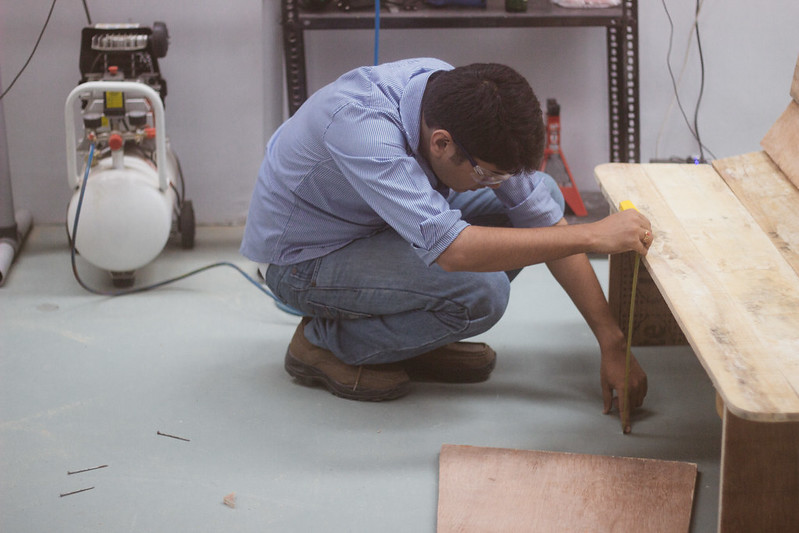 Joining the first plank with the two plywood supports at the ends was little tricky. There was a risk of ruining the symmetry if done incorrectly. So I used 3’ C-clamps on both ends to join the plank with the pillars at each end. Without the need of holding the plank and supporting structure with my hands I could easily take measurements and make adjustments. Satisfied with my work so far, I hammered in the nails and removed the clamps. 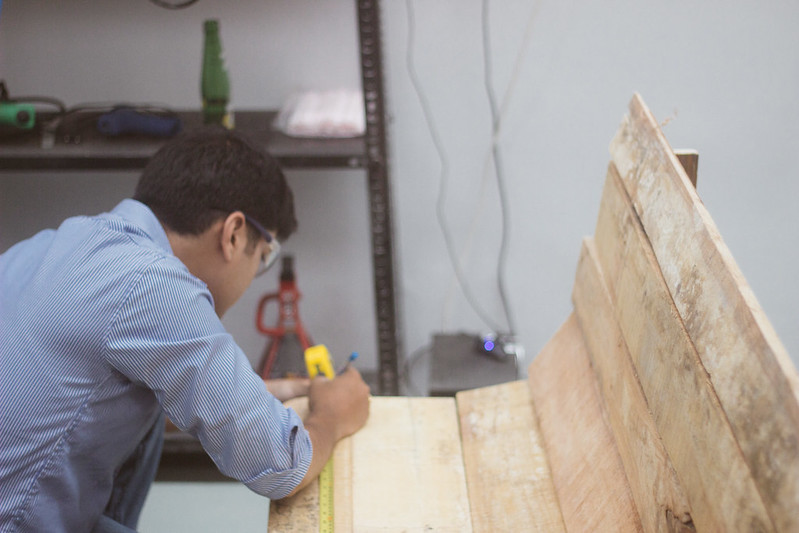 With the base of the bench in place, I had to make a backrest for sake of comfort. I had already cut the base plywood such that it could be fixed with the planks placed vertically on it. So I did the same as I had earlier, and attached wooden columns to the plywood, and nailed the planks onto the columns. At the top end of the backrest I attached a plank horizontally, so small objects could be placed upon it. An aded convenience. 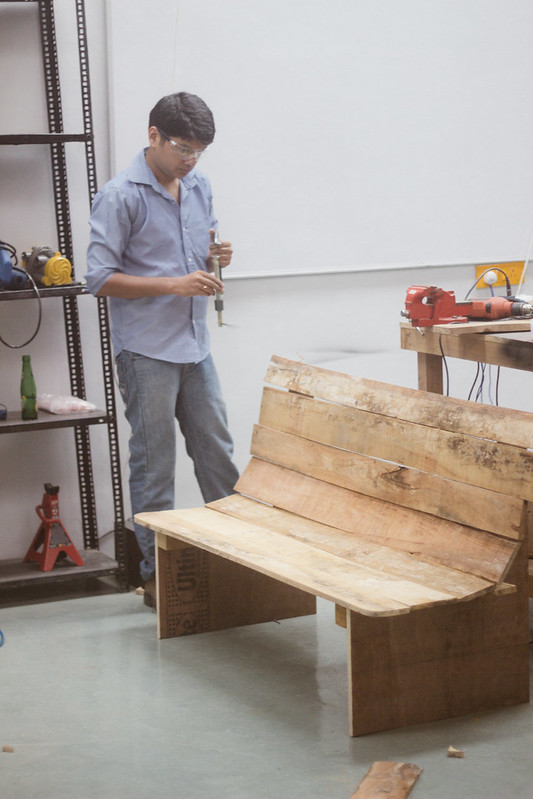 With the backrest in place, I made grooves into the backrest, where the planks for the arm rest could be slid into. A simple solution for a simple problem. To hold the weight evenly, I added pillars underneath the planks, and with that I was done with the arm rests.

With the bench made, it was all about finishing it. I decided to keep it simple, and sanded it down to an even texture across the bench, and also used it to carve out some curves as needed. To finish it off, I coated the entire thing in simple wood varnish, both to give it a sheen, as well as to protect it from the elements. 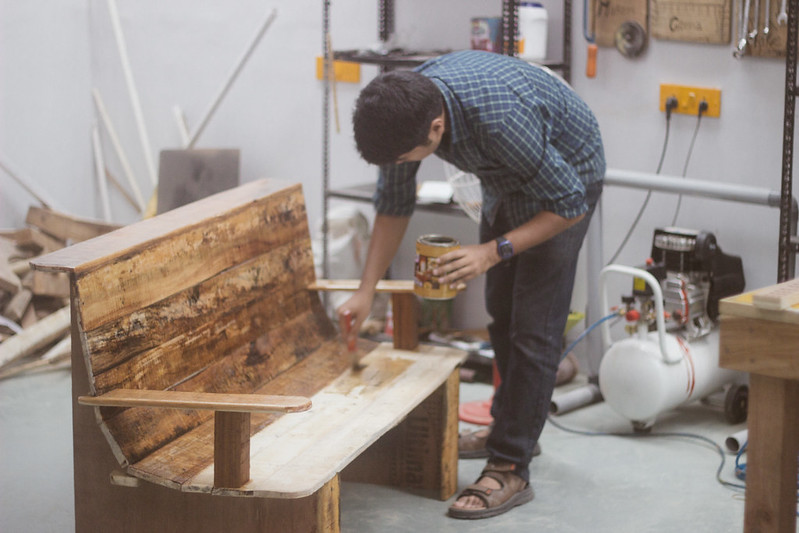