Project C-3PO was born when Godrej reached out to us to be a part of their three-day leadership conference — GLF 2015. The event invited global leaders from the company’s offices across the country to talk about ‘Choices’. What are the choices we make as individuals and how do they make a difference, is what the conference hoped to delve into. Parmesh Sahani, Head of the Godrej Culture Lab and a global leader himself, approached us with the opportunity to present an exhibition with the aim to explain what makers do and how maker spaces function as a platform to innovate and collaborate.

Our team spent an evening mulling on what we could display that would represent the community. We dabbled with the idea of using everything from augmented reality to 3D printing.

Birth of an idea

The discussion was in the thick of it when Hemal and Himanshu showed up to work on their own projects. I decided to use them as a sounding board for my ideas. We tossed ideas back and forth till we struck on a project that we could work on together — an origami robot! The answer is always an origami robot. The collaboration between art and technology would be built to interact with participants. The marriage of two seemingly unrelated subjects, we hoped, would convey the culture of the maker movement. And so the C-3PO project was born.

We bought a mannequin that would become the skeleton for the robot. As a part of our R&D plan, we played around with the mannequin to see which parts were moveable. What did we learn? Mannequins may be hollow but they are heavy. 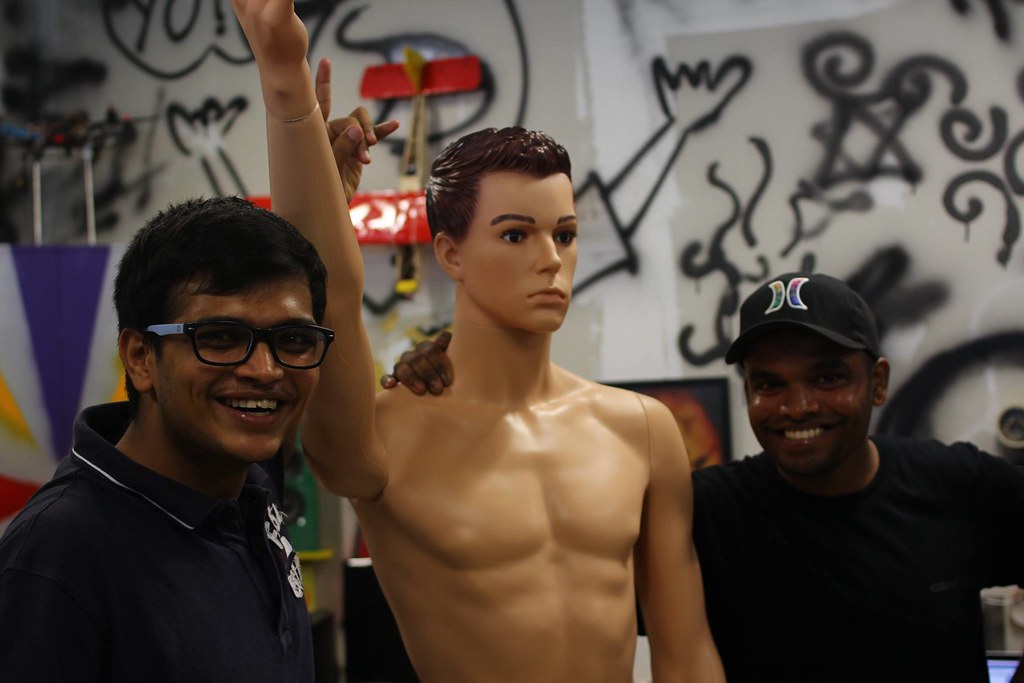 Hemal, Rupin and I, who were working on the robotics aspect of the project struggled to find the motors that would be strong enough to move the heavy limbs. 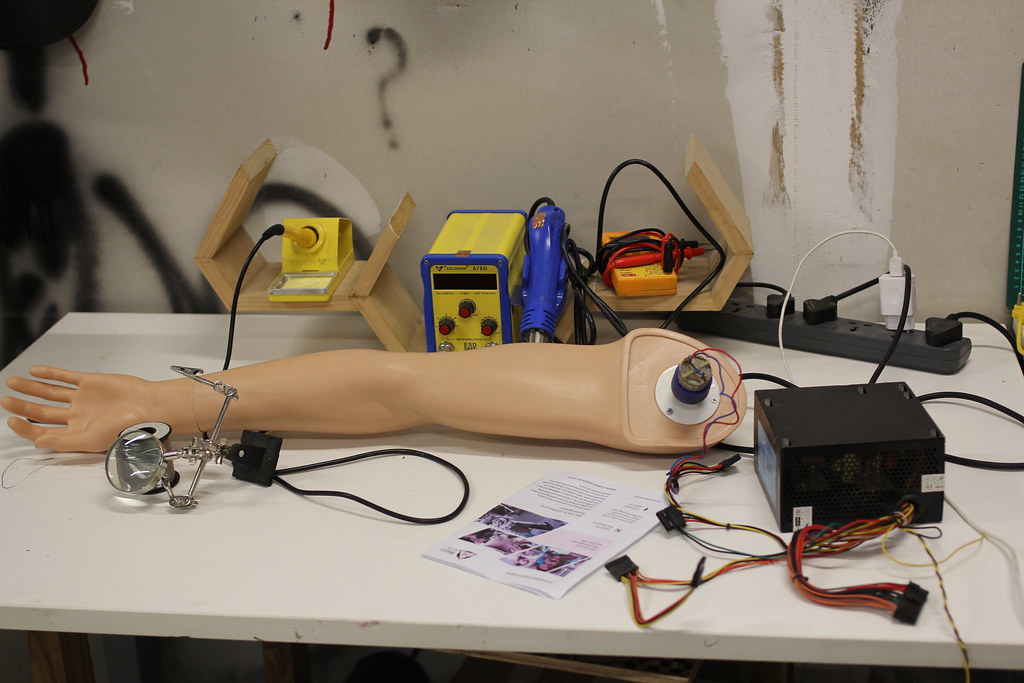 After several iterations, we struck on a design to make the movements simpler. While Hemal coded the Arduino boards to control the movement of the motors, I worked on the 3D printing. We modelled all the joineries in SolidWorks and 3D printed them to make the mannequin move. Once we were done with creating a moving model, our half-dressed mannequin was handed over to Himanshu for a custom fitting. 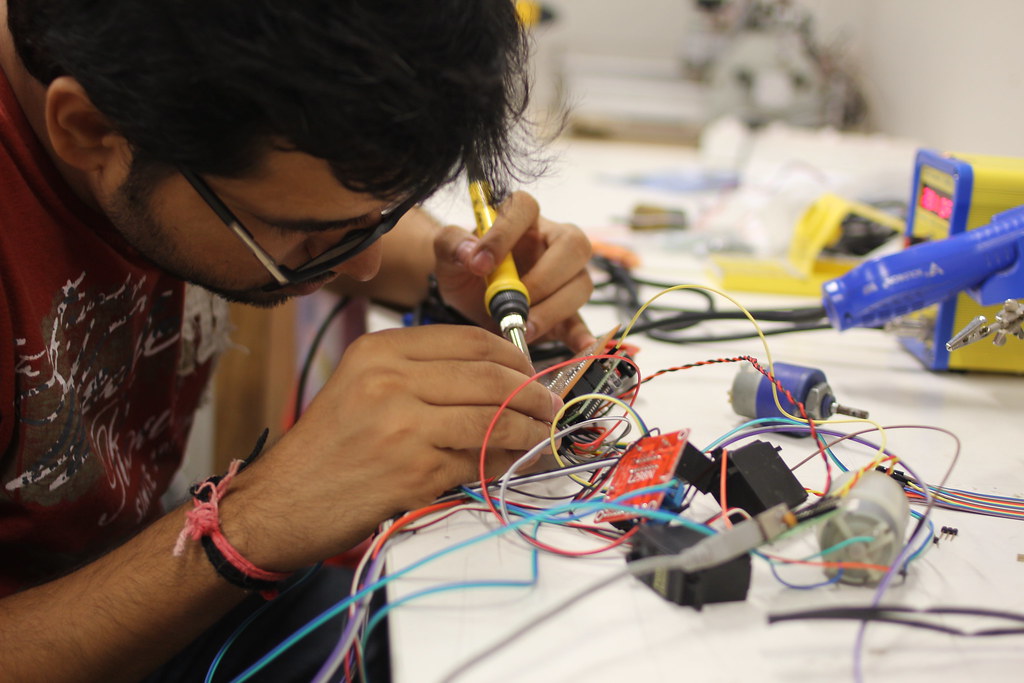 Himanshu’s crafty fingers are magic when it comes to creating lifelike structures out of folds of origami paper. Honestly, you have to see it to believe it. Take a look at his earlier workshop at the Asylum here. (Link)

He worked around the clock for two nights straight. His job included carrying out complex calculations while designing how each origami creation would fit into the other to ultimately form a weave of paper on paper suit for the mannequin. 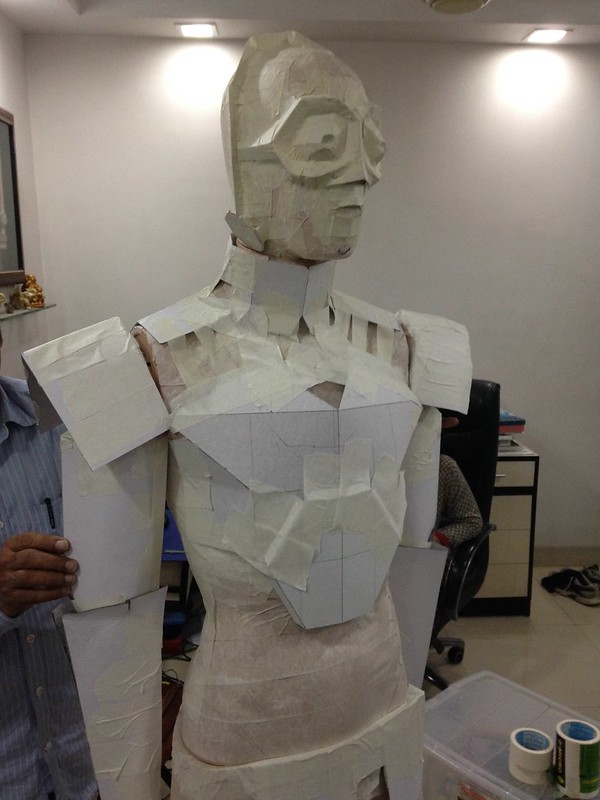 While Himanshu was doing what he does best, I reached out to Sunil, a passionate painter (spray cans are his weapon on choice) to paint the robot when it was done. Sunil hopped onboard and began by testing the papers that Himanshu was using with different colours to best suit the model.

On April 15, one day before the event, Hemal and I setup the 3D printer and DrawBot. Hemal had earlier showcased this at TEDx Gateway with us. We stayed at Godrej till 1 am testing our equipment while Himanshu worked on the origami. Owls hooted outside to keep us company. Sunil eager to get his hands on the model to start his work, stayed up all night, but the model took longer than expected to finish. The next morning, the origami work was complete. A resplendent albeit pale robot was delivered to Sunil’s workshop in Chembur. The relay of work had reached its final player. Sunil worked on the model at his place and put the final touches on the street outside Godrej’s Vikroli office. 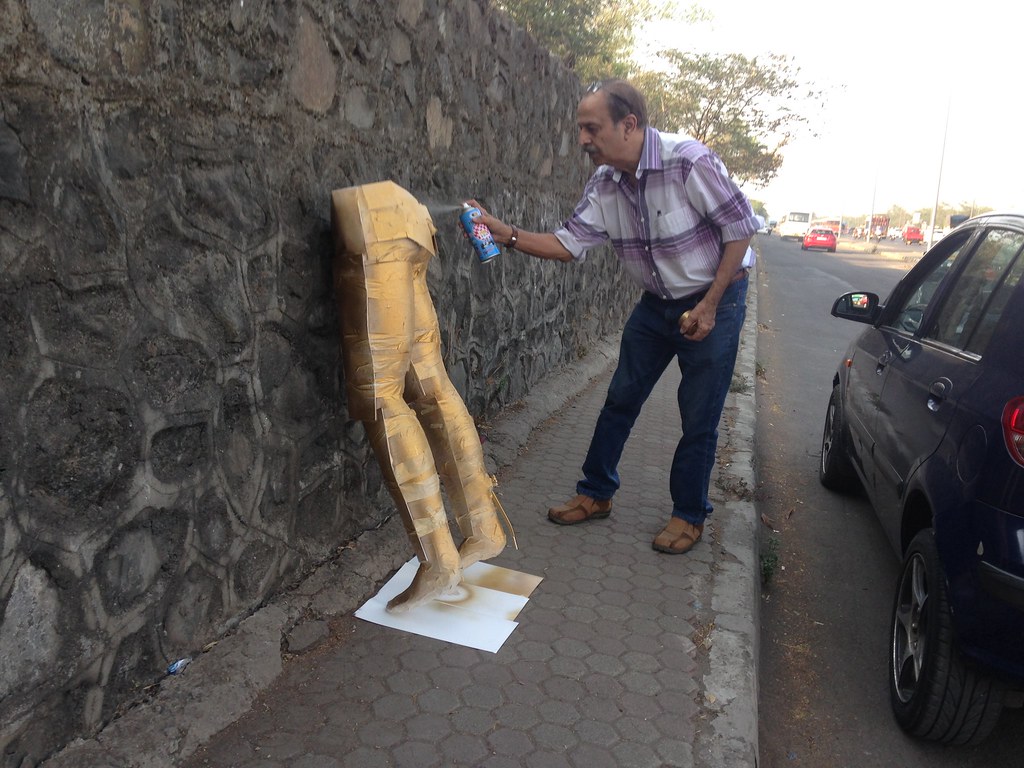 C3PO was alive; assembled and suited up.

I’m happy to say this part-wire-part-paper gentleman incited a considerable amount of curiosity. Our origami C3PO was welcomed by visitors with questions and spurred conversations. 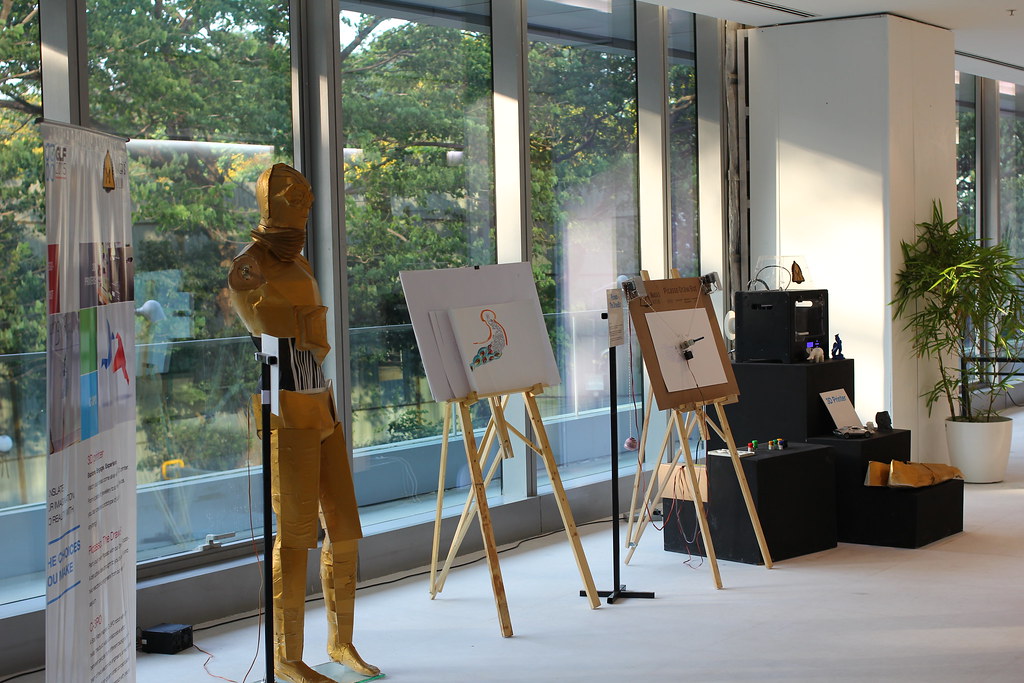 Now, C3PO occupied prime position at the Asylum. We plan to work on him over the next couple of months to incorporate various sensors and better the model.

You are free to visit him. 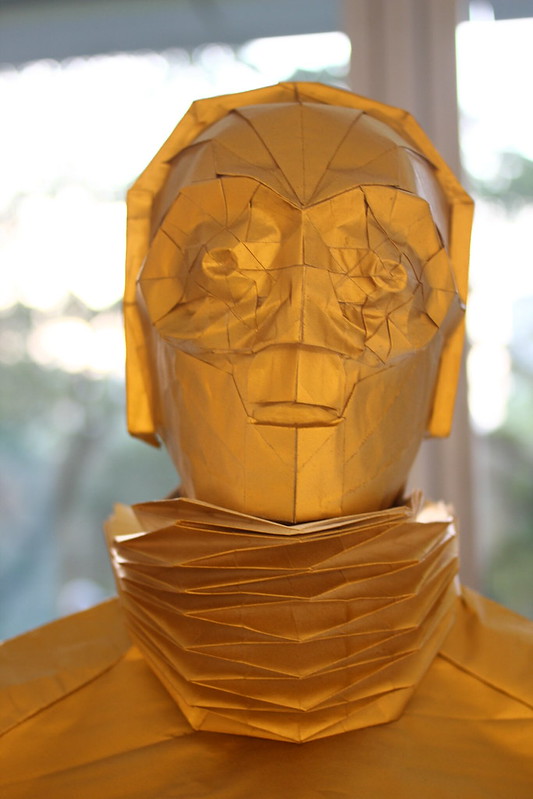 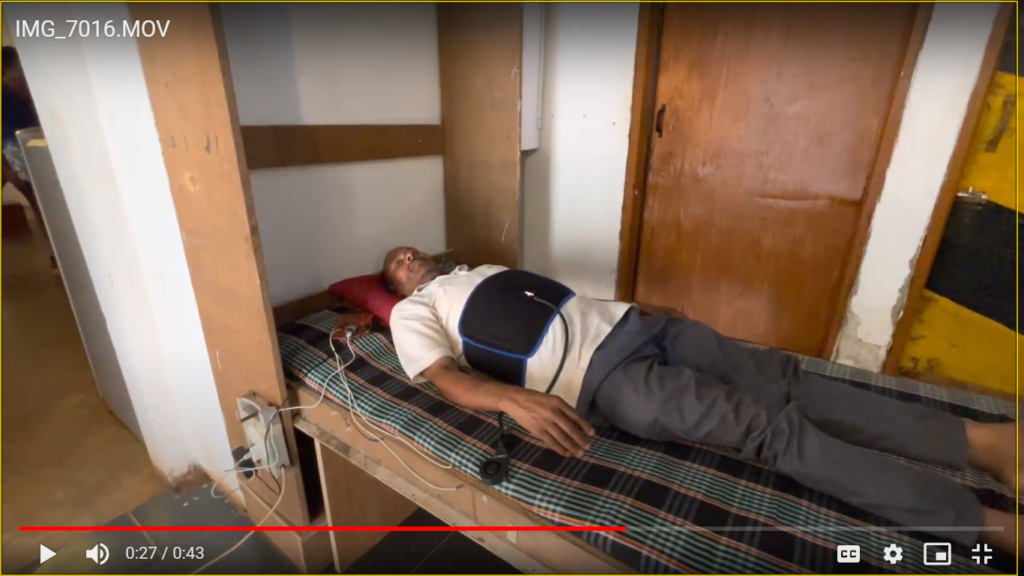 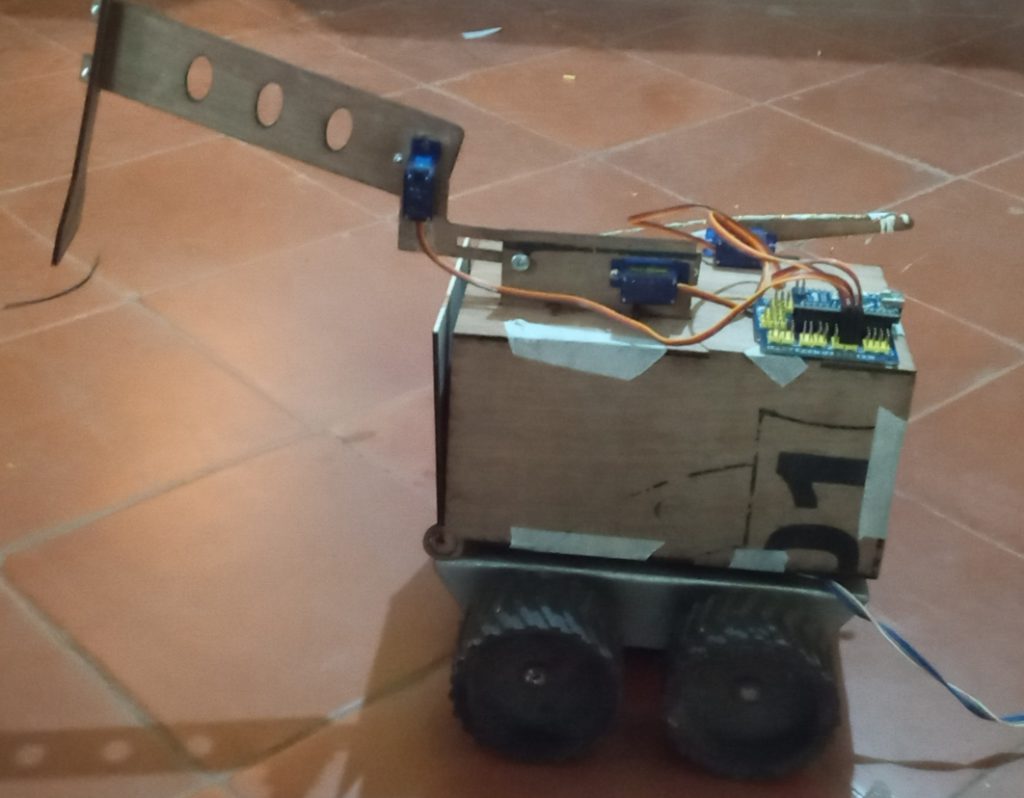